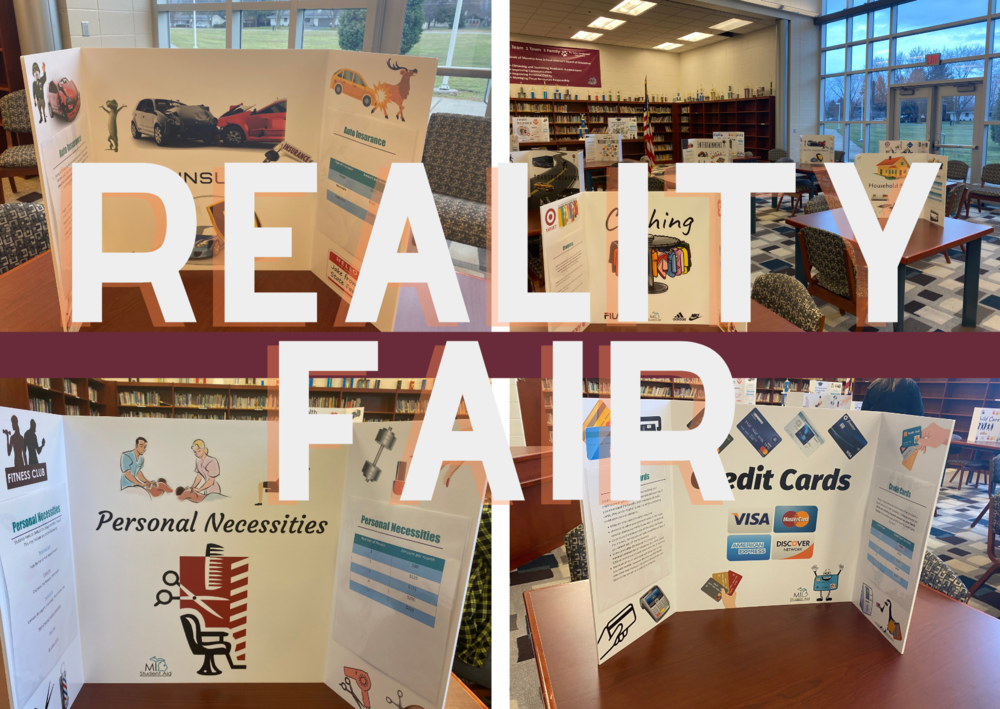 In the morning hours of Wednesday, March 23rd, Morenci’s eighth grade students participated in a special financial literacy workshop, Reality Fair, which was sponsored by the MSU extension office.  This fun hands-on workshop will help Bulldog students learn about budgeting and financing using “real life” examples. Students were assigned a career and an appropriate salary.  Students visited booths that represented life expenses, and experienced what it's like to make "real life" financial decisions based on their budgets.

Mrs. Grondin, who arranged for this event at Morenci Middle School, would like to make this program an annual tradition as it allows students to see how math is integrated in the real world.   At the end of the experience, students had a better understanding of the budgeting that occurs at their own homes.  The district is hopeful that students will  make smarter spending/savings decisions as they get older and start to make their own money.

Here is what some of the students had to say about their experience.

“I liked that we got to learn about how many things that adults have to pay for.  I chose to rent a home because I didn't have very much money and things were expensive.” Emersyn Bachelder

“The easiest thing to make frugal was entertainment.” Tucker Betz

“It opened my mind about how expensive things really are and how much stuff you have to pay for.” Collin Blaker

“I learned how not to get myself in a poor situation. I dislike that the child’s health insurance is too expensive.” Aiden Brown

“I would prefer to buy a home so I would never have to pay rent, and when I wanted a new house I could sell it.” Wesley Carter

“What surprised me was the child support. The easiest category to make frugal was food, and the category that would always need to be elaborate is the internet.” Trey Cordts

“I was really surprised by how many things you actually have to pay for and you don't have a choice. It really showed what it’s like having to pay for things and how important it is.”  Lauryn Dominique

“What surprised me was that Nolan had so much money and he just bought 2 sports cars, and I was surprised that I found a paper with $81,927 dollars on it.” Mikah Dunn

“I liked that they weren't all the same.” Blake Glass

“I bought a home because it will be better because you don't have to move all the time. I like it because then I can see what they did back then.” Evan Gould

“One thing I learned was that the phrase "money doesn't grow on trees" was just an understatement.” Mykenzie Johnston

“Life is way too expensive, I chose to rent because it was cheaper.” Vada Marshall

“I learned that spending money wisely is important.” Isaac Miller

“I learned how to save money and spend it on non-useless things.” Kaelin Murphy

“We should actually watch our money spending.  It was all fun and we learned a lot. It taught me about the real world.” Chase Schaedler

“I was  surprised how much money that I had at the end.” Cassadie Sharp

“I learned that kids are expensive. I didn't do anything frugal and I would always choose to spend lavishly on car insurance.” Jack Varga

“I would buy a home over rent because it’s cheaper in the long run. I learned a lot about finances. The hardest thing was child care.” Hunter Warner

“I learned how to save money. I bought a house because I think you'll have to pay more if you rent. And picking "frugal" in entertainment was the easiest because entertainment things are not as important as other things.” Chase Watkins

“I learned a lot from them and  I will buy a house but not an expensive house.” Liam Williams

“The easiest category to make frugal was everything from house improvements and entertainment.”  Hayden Bays

“I liked it  because I learned how to manage money. I liked everything. The easiest category to make frugal is food.” Emmanuel DePalma

“I learned where most of the money you make goes. It surprised me how much money is taken from your paycheck goes towards your children and bills. I had no problem being in the moderate buying category.” Avery Kaiser

“There were a lot of categories that were easy to make frugal because of clothing and other simple things. I didn't pick anything that was elaborate because I don't need special things.” Rachel Meadows

“Children are super expensive. I chose to rent a home because it's cheaper over time. I liked how it showed me that your decisions really make an impact.” Alexander Moore

“One thing I learned was to not have kids.” Blake Moran

“I liked it because I was rich 😎 and bought 2 sports cars for the highest price.” Nolan Nortley

“I learned that it is hard to pay the bills. I liked that we could choose what we wanted to be. I was surprised that teachers did not get paid a lot but I made it work and still had a lot of money left over. The easiest category was definitely transportation. I just got a bus pass. I would want to go elaborate on the groceries so I could get more and only have to go every once  awhile. I only chose to rent a home. That's because it is the best for me.” Piper Thompson

“I learned that money can seem like a lot, but with bills and everything it doesn't equal out. I liked that we got out of class and had a little fun.” Chandler Williams

“The easiest category to make frugal was technology at home. I rented it because it's cheaper than paying.” Matthew Wozniak 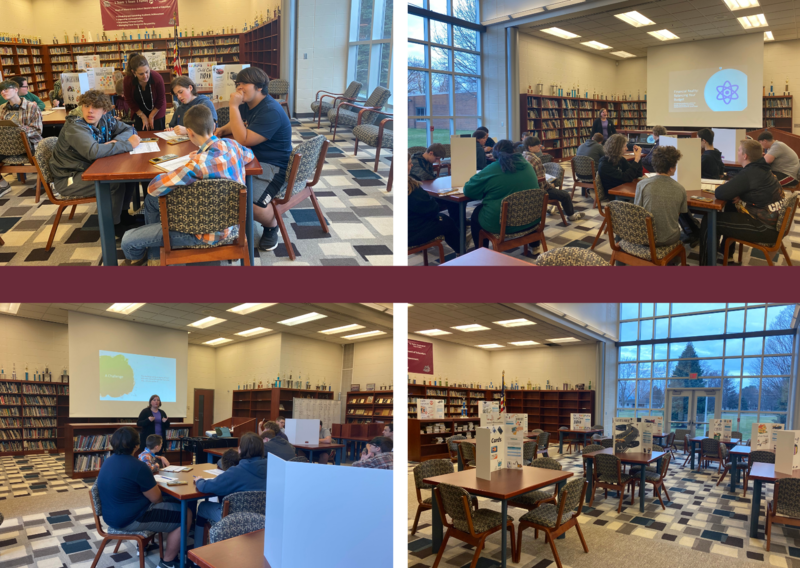 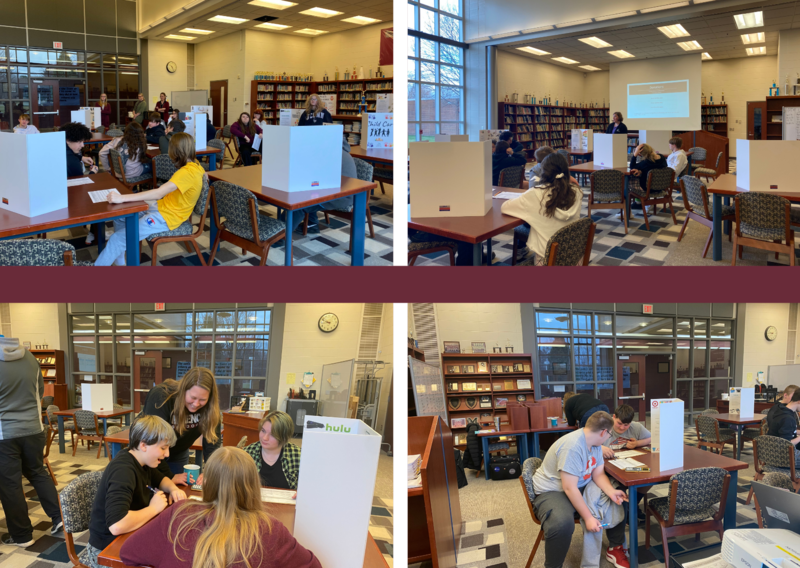 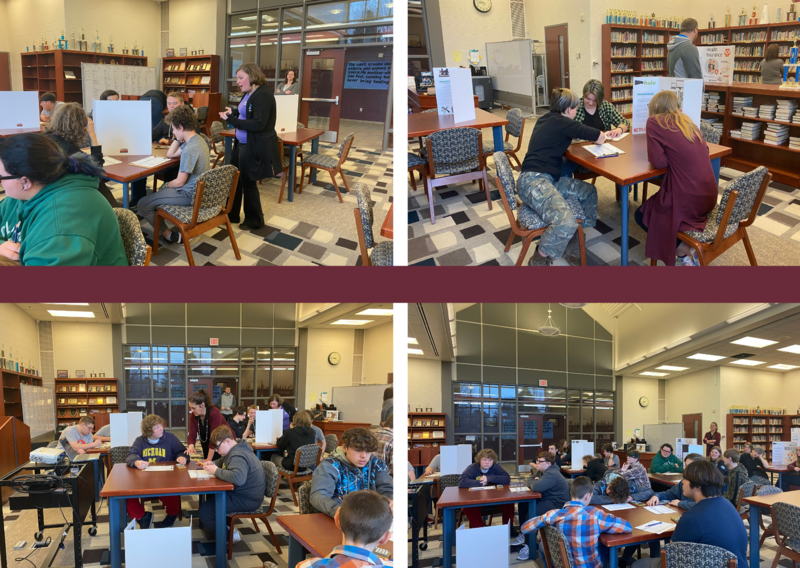